SAP has reported its second-quarter financial results, with strong cloud revenue reported and no change in the tech giant’s full-year outlook.

SAP reported an operating profit of €0.83 million IFRS, which has declined by 21 percent year-over-year due to a hefty bill associated with restructuring costs.

Non-IFRS operating profit was up 11 percent or 8 percent at constant currencies.

Software license revenue reduced by 5 percent to €948 million IFRS or 6 percent non-IFRS at constant currencies. SAP says the reduction is due to recent business uncertainties, especially in Asia, where the trade war between the United States and China continues to boil.

Cloud and software revenue grew by 11 percent year-over-year to €5.49 billion IFRS and up 8 percent non-IFRS at constant currencies.

TechRepublic: Take Your SAP HANA Migration to a Higher Level

SAP’s Intelligent Spend Group revenue was up 22 percent to €786 million year-over-year, or up 17 percent at constant currencies.

In the Customer Experience category, SAP reports revenue of €365 million, a boost of 81 percent year-over-year, or 74 percent at constant currencies.

“SAP delivered double-digit growth in total revenue, cloud revenue, and non-IFRS operating income,” said Bill McDermott, CEO of SAP in a prepared statement. “Qualtrics is growing fast as the global standard in the Experience Management category. As shown by our rising cloud gross margins, we are progressing nicely on our ambition to be the Best-Run SAP. With XM driving the CEO digital transformation agenda, we resolutely reaffirm our full-year guidance.” 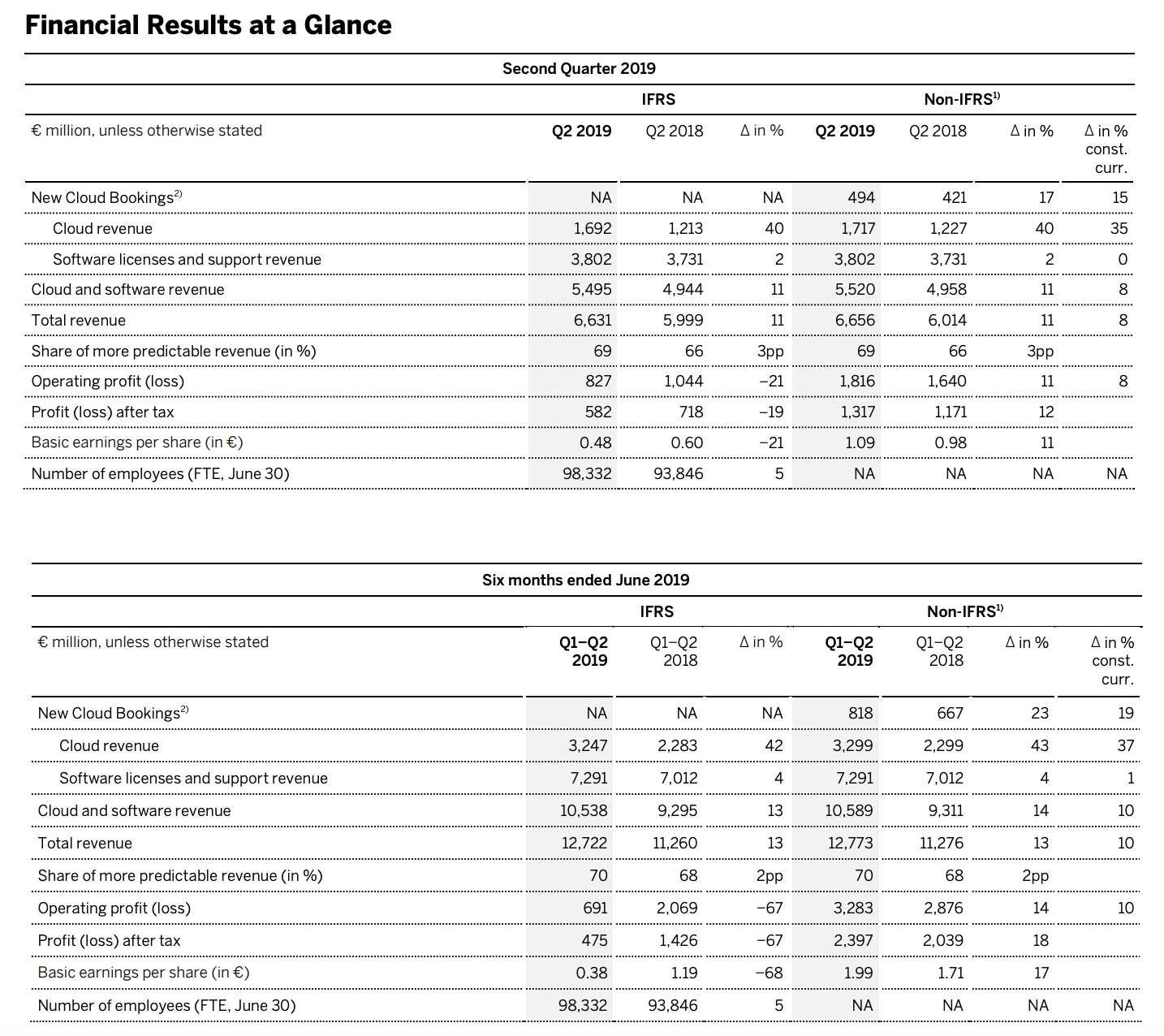