When Hiring Action is executed in PA40, a Personnel Number is generated upon hiring an employee in the country to which the system parameters are set.

These personnel numbers can be generated both internally as well externally.

The personnel number range if internal or external is to be defined at the following configuration node.

In the above screenshot, we have Personnel Number Ranges defined both for Italy and Belgium country groupings. And the Personnel Numbers Ranges are defined starting with their MOLGA for the first 2 digits.

The NR Status indicates the last personnel number assigned/used up for that respective MOLGA. Now that we see NR status as 12000002 for BE – represents that PERNR # 12000002 is the PERNR assigned for empl. in BE so far, And for the next hired employee in BE, PERNR # 12000003 would be generated if the same personnel number range – internal/external as applicable.

If E – External range is unchecked, it implies that the defined Personnel Number Range is taken care internally by SAP.

Following are the steps to activate the feature NUMKR for the specific country to which the Personnel Number range is being maintained. 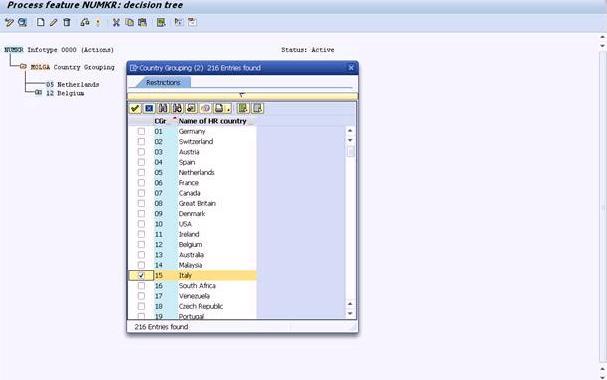 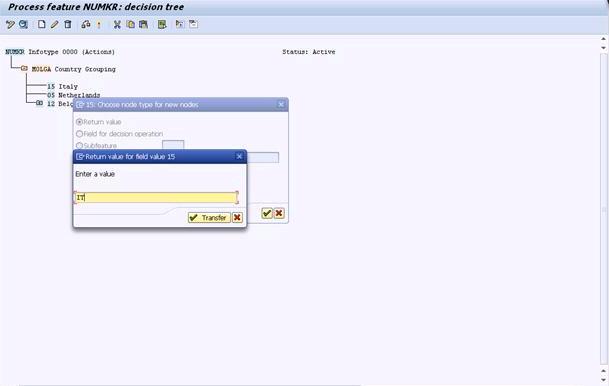